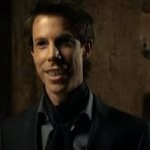 Let me put it to you this way. I discussed this with Empy and Banning. The three options there were are: 1) Purge the wiki, starting essentially from scratch and rebuilding it with stricter standards. The logic that a story being exceptional means it doesn't need to be here doesn't stand - that's bullshit and everyone knows it. 2) Start a completely new site and just leave this one to die, or 3) just leave this one to die.

Administrators have real lives too. Hence why this purge is a day late - I was sick as hell last night. There are 2 of us here. Not only would that be insanely long if we took 24 hours per day doing it, but it would be impossible. What happens during activity influxes?

"Oh, stop the purge, deal with the influx!"

"Wait, what do you mean we have 40 more pages to read through? We only managed to delete 20 today!"

You know the problem with this being a site for just 'creatively flexing muscles'? The fact that people don't want to be creative with spin-offs. As I've noted before (and what keeps pulling me away from this place from the get-go), 80-90% of stories here follow the same formula. They take the same approach. They don't go for something that is new. They attempt to rehash all the same things done in the original.

We've tried overhauls. We've tried just going through and reading them all. Just 'accepting' that it's a place that will be full of 80% shit is about 99% of the reason that there are never any administrators here and this wiki is a ghost town 90% of the time. This site used to have almost 2000 stories, and clearing them off the way you suggest? That took over a year with a team of 7 admins and 5 RCaDC. That got it to 1200. That's with 12 people on site holding the power to delete pages.

I'm well aware of why at least 50% of people post their work here. They don't post it here because they want to improve it. They post it here because they're currently basically given the guarantee that they can post whatever they want and it won't get deleted. After all, 'it's just a spinoff, guize! Let them flex creatively!' they say as they make a Pokemon version of Squidward's Suicide. Is that to say that none of them wish to improve? No. That's to say that a lot of them don't give a shit, and that's because they have no reason to.

We have a Writer's Workshop board on this wiki. If people honest-to-god gave a shit about having good work on this site, that would be full of unreviewed stories just waiting to get the pass. It's not. Most people just directly post without a single shit about the QS.

Hence, purge it. Make the QS stricter. From then on, build the site back up but actually give a fuck. Make it a place where you actually can flex creatively and your work won't get buried in the 1500 rehashes of Jeff the Killer. Maintain a sense of actual quality, and getting rid of 80-90% of the shitty work here in one go is a damn good start that's been several times advocated before. Your Friendly Neighborhood Toddler (talk) 19:44, September 22, 2017 (UTC)

I'm not trying to be hostile or anything. I'm just sick as a dog atm and stayed up all night taking care of a sick baby as well, so therefore I really don't like the idea of being in this 'damned if you do, damned if you don't' position again.

Your idea could work, but it will take a while to revise the QS, and everything in that category will have to have admin review before that. The reason for the standards being as strict if not stricter than CPW is because the stories posted here should have some chance of making it through the spin-off appeal. IIRC, I believe that's part of the original reason the site was created. Your Friendly Neighborhood Toddler (talk) 20:41, September 22, 2017 (UTC)

I'm gonna talk here since that seems easier than going back and forth. No worries, I just wanted to be clear to make sure my tone wasn't comming off as hostile as well. I hope you feel better soon. And I do understand that it will take a wile to revise the QS and that some stuff with have to be reviewed, but, and this is just my oppinion, it seems like it would be better if you gave the users a little more than 48 hours. Also I feel like it would make more sense to have the quality standards you are going for before the purge. Even if all you did was purge the system and delete everything, to me it would make more sense if imediately after that the new quality standards were up.
I do have a question for you though, and it may come off as rude, but how many stories are you expecting for this wiki. If 9/10 stories are not up to what you want for quality you are down to about 60 stories. Thats about how many are here. If you take out the suggested readings of items like 1999, and Ben Drowned (which aren't technically spin pastas), you aren't left with very many. Of that I am wondering how many well written sequel stories you are expecting to get. From my experience (which is admittedly very little), spin pastas attract a certain kind of writing style where they attempt at mimicking the original style. This lends itself to mostly be Creepypasta OCs, which aren't very good stories, because regardless of how the story goes, it ends up being the same. So I guess I'm asking, what do you want to get out of this wiki? Are you looking for a pile of sequel pastas akin to Bannings JtK Scars of Corruption? or are you looking for a place where people can just come and post an idea that wouldn't normally be accepted on the wiki? or is it something else that I am not thinking. I am just wondering as that would go a long way in me understanding this current goal, if I know what the end goal is. Thanks Again Lavecki (talk) 00:26, September 23, 2017 (UTC)Lavecki

I'm looking for the quality to reflect that of actual effort. It doesn't take much effort to write your 'standard' spinoff: someone else's story + my OC + rehashing = SUCCESS!!!

That's what I'm trying to change here. Making that kind of thing unacceptable would raise the quality of the site by a good 60% alone. Stricting the QS makes the rest, and though left with very few pages, I'm much more a believer in quality over quantity. Basically, like this: would you rather read a shoddy creepypasta OC story, or JtK: Scars of Corruption?

I'm going by "What's the best way to make the site have actual quality behind it? If we have quality, we'll actually have a pretty good chance of rebuilding the community here?"

This is keeping in mind, of course, that if this fails then Spinpasta ultimately is done-for. But at this point, I'm ultimately out of plausible options, so if I didn't do this then the site would still be done for. Your Friendly Neighborhood Toddler (talk) 01:59, September 23, 2017 (UTC)

So, quite honestly I don't understand this mindset. JtK SoC was not a good pasta, and does not pass the CPW quality standards. I have a full review provided to Banning as to why I think this and he thanked me for the review. On top of that having a generic OC story is what you proposed you wanted (Someones story + my OC + Rehash = Success) its remenicent of Jane the Killer, which again isn't a good creepypasta, but seems to be what this site was created for so again I am left stumped as to what you want.
I just reread this section and realized what you meant. Though I am not sure why you wouldnt want this as it seems to be the purpose of the wiki. Again, something like JtK SoC has effort behind it, but that effort falls very flat of being a well written story. On top of that (though I am sure this will be updated when you change the rules) the "Cliche" list is far too long and doesn't really make sense for spin pastas. From what I have seen on here (just in the PotM section) there arent really any good spinoffs, so I am still left wondering what it is you are expecting.

If just something being long is equating to effort and quality then I think you will still fall short. Many of the pastas that you want to have on here and emulate (required reading/classics) would fail your new quality standards. I find it odd that this is the direction you want to take it but I am not affected by the decision so it is ultimately up to you. I did notice that you took my advice to give authors a chance to be excluded from the purge and I thank you for that. I would be happy to talk to you further on this if you want but otherwise I hope it works out for you.
Lavecki (talk) 17:46, September 27, 2017 (UTC)Lavecki

Saw your comments re: JtK 2015. If you have the time, I wondered if you’d take a look at my version and give me some feedback. Jeff the Killer Redux

Retrieved from "https://spinpasta.fandom.com/wiki/User_talk:Lavecki?oldid=47913"
Community content is available under CC-BY-SA unless otherwise noted.