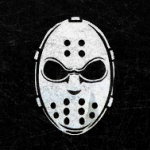 Hi, welcome to Spinpasta Wiki! Thanks for your edit to the Roblox2.exe page.

After uploading your stories, don't forget to add them to the Article Listing, and add categories listed in Category Listing to it. For more information please read the Site Rules.

We do not accept original stories that are not "Lost Episodes", Mario, Sonic, Zelda or Minecraft pastas. No Exceptions.

Thanks for supporting me

In the very begining you supported me when I needed it the most, and thanks to you I am doing very well here, an I have matured too, I am no longer a pointsgamer, I am now an amazing pasta writer.

Check out what you inspired

these are here thanks to you.

Vote on this please. As it's a request for Bureaucrat, I want as many users as possible to have their say. Callie

I think you should apply for rollback. You do keep an eye on this wiki and are fairly active, and you do quite the bit of clean-up, regardless of your edit count.

You have a reputation on other wikis, so I'm not really concerned with that.

I can see where you misread, though: Rollback is a Prereq to RCaDC.

You have been given a temporary promotion to RCaDC member. 2 weeks. This is a trial period, in order to determine if you have the capabilities to do the responsibility and help the site.

Note that this does not put you above normal users. It is simply a few extra tools for you to assist the wiki and its admins. See this thread for more information.

Sure Meta belongs to, maybe, the categories. But Meta is an admin-only category - meaning that it shouldn't be applied on by temp, or regular, RCaDC members. It is a admin only category. Please refer to the Category Listing, for a better description on what categories are used, and which ones are not. (Unless if you gotten permission to add the Category, then I, or you, will undo my edit).

If you feel it's necessary, then delete the page. Part of the reason RCaDC exists is that they help hunt down the crappypastas and get rid of them.

Congratulations! You are now a permanent RCaDC member. I hope you'll use the rights for the good of the wiki.

Your latest edit was here, so ye.

If you've not noticed, Meta was demoted. However, after talking with Rick and Fatal, he has also been blocked. He was granted a number of chances, participated in cross-wiki drama, stood above his own rules, violated rules set for administrators, and simply put was granted to many chances. Multiple times he has made big decisions without informing the rest of us nor discussing it first.

The block is set for four months. Feel free to lengthen but please do not end the block or shorten it. Take note; Meta is my friend, and I personally blocked him. It's a preventative measure in case he decides to come back from "retirement". If he makes a request for an indefinite ban, then feel free to do so, but do not end the ban if he decides to request it ended.

I'm sorry to say, but he has to learn. He's my friend, but I talked with Mike and Fatal, who consider him the same, and we decided that this could be tolerated no longer.

I was blocked on Trollpasta wiki and i forgot the time when the ban ends, but i still need some help and the person said User

Please answer as soon as possible! That would be great!

Could please tell me  how to write a spinpasta,

Usually I would leave well enough alone, but Weirdo has a certain severe form of autism. This may not be a big excuse, but his stuff needs edited more than M4R and Deletions. The pastas themselves aren't utterly terrible after the spelling is resolved.

Community vote. Ultimately, it comes down to the community giving the greenlight and your job merit - which you have plenty of. I just forgot to put the template on there. XD Dashie ~20% Cooler~ 08:04, July 14, 2014 (UTC)

Congrats on admin yo!

Are You Fucking Kidding Me

Okay, one, don't slap me in the face by demoting yourself a week after you got admin. Two, are you honestly kidding me? Are you seriously demoting yourself over someone else doing their job? Don't tell me you aren't, because you were perfectly content with admin until Xelrog got his rights.

You help out here plenty and we need active sysops. Don't screw us over like that or the entire proposal and idea of you being an admin was worthless. And quite frankly, I'm not one who cares to be told I wasted my time.

You aren't needed as a member of clean up. You're needed as an admin. So stop this stuff. Honestly, if not what is above, what's got your panties in a wad? Being an admin here is easy. So don't say "I don't have time/passion/care/whatnot." You don't need those things here. We are already suffering a blow of lack of active sysops, so at the very least, halt the demotion shit until we can get better sorted. Dashie ~20% Cooler~ 08:47, July 28, 2014 (UTC)

You have been banned from chat for 1 day for the following reason: Censoring slurs, misbehaving, ect.. If you are banned for longer than you were supposed to be banned, leave a message on my talk page. Do you hear that? That's the grape roaring 02:48, August 20, 2014 (UTC)

RE: Censoring the People's Word

Here's the thing. You're acting immature. I know you're allowed to have fun and all that stuff, but it was getting a bit excessive. It wasn't "Censoring the people's word", you were taking it too far by "taking a strike on all the rules", posting ASCII in the main (the Lenny face), saying that you don't want to be an admin on this site/you hate the site, and a whole bunch more which made it briefly a concern about your misbehavior. It wasn't then till you pushed the limit by censoring slurs like "faggot". You're supposed to be a good role model on this site because you are an administrator on here. Not just solely act like immature in the chat. It's alright to be immature for a bit, but that stuff? The stuff that you did? That stuff briefly borders not acceptable by this wikia's standards towards the modding admin(s). Do you hear that? That's the grape roaring 03:00, August 20, 2014 (UTC)

Okay. I can agree that one Lenny Face isn't that bad, but you should know that ASCII of any type (it's even hinted in the Chat Rules if you click View Source [not really included since Skelly removed that part] I included that the type of ASCII as an example, and is not accepted in any case). But censoring slurs? Censoring slurs doesn't mean to the moderator to say "Oh. You've censored a slur. Well I guess it's okay to let you slide this time, and every single time afterwards." Censored or not, it's still counted as a slur. And the chat rules say to not use those words. You're an admin. You should know that is not acceptable for any case. You're treating this like people can get away with everything if everything was censored. Well you can't. It doesn't work that way. Do you hear that? That's the grape roaring 03:21, August 20, 2014 (UTC)

Hmm... You are kind of right on that. The first thing that's an instinct towards admins and mods, especially ones on serious sites like here and CPWC, is that when someone censors a word, it usually means that it's a bad word. It's like that f*t one. Especially when it's left alone like that, or when someone is joking around. It just feels like that. Especially when you were joking around. But yeah. I can see that, since you didn't use it as "You're a f*****!" or all that stuff. Just mainly "f*****", and possibly a ";)" iirc. But, yeah. Change your avie, don't do all that stuff again, and I'll probably unban you from the chat. Do you hear that? That's the grape roaring 03:35, August 20, 2014 (UTC)

I wrote an pasta a while ago Arthur Lost Episode: Arthur's Suicide under an old account User:XxKant99xX and I was wondering if deletions were archived in any way so I could see the original as although it was so bad that the Internet has discovered it and has rightly marked it as a crappypasta, I have the feeling that the version they have read has been edited from the original with changes of words and things like that. Thank you TheTalmenian (talk) 19:41, December 5, 2018 (UTC)

Retrieved from "https://spinpasta.fandom.com/wiki/User_talk:GodzillaFan1?oldid=50916"
Community content is available under CC-BY-SA unless otherwise noted.