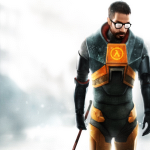 Hi, welcome to Spinpasta Wiki! Thanks for your edit to the Fluttershy's Rage: Part II page.

Don't forget to read the Site Rules carefully, as violations of these rules will result in your account being blocked.

If you need assistance in spelling/grammar, see Spinpasta's Guide to Writing. It will be able to assist you.

We do not accept original stories that are not "Lost Episodes", Theories, Mario, Sonic, Zelda, My Little Pony or Minecraft pastas. No Exceptions. For further information on acceptable original stories, see the Creepypasta Wiki's Blacklisted Subjects.

Hello sir, how are you doing? I am here to let you know something: the article, Half Life Quotes and HECU Radio Transmissions doesn't seem to be a story/following article. I suggest you make a blog about it. Once you make that blog, that article will be deleted.

Hello, Freeman! Why did you discontinued your Half Life series? I really missed them.

Rule 63 is the act of taking a character and switching it's genders (i.e: male to female, or female to male).

I decided to make a female version of Skyblack for fun. Well, who knows. Maybe one day I'll be bored enough to make a spin-off where Skyblack travels to another dimension and finds his female version. Although, that is pretty improbable.

At first, it seemed like the story was just bad. But the other installments of this series have been deleted.

As such, the events seem random and unrelated and the ending isn't an ending.

I woke up and I though everything is okay but I was wrong. There's a massive trouble everywhere and I remembered that my mother is dead.. Along with him.

I wish he is right. He pat me on my shoulder and I think he felt sorry for me. I guess most of the team must have felt sorry to me. That's when that crazed patriot started to call us all.

"Hey.. Everyone! I found something."

"What did you found?"

"Some kind of a picture or an image.."

We all followed him and everyone was hoping it could give us answers, but after we arrived there, it wasn't even a piece of evidence. It was just a picture of Spy with a lady.

"He's dead and why are you still talking to him?"

"Look, we must find a cure or something and ignore this stuffs but I will get this thing as our memory to Spy."

We get back to our almost-destroyed base and after discussing about some plans, everyone went arguing to each other. One said we should just stay here and another said we must find another place to rest. Nobody one the arguing but something lit the sky.

"That's a flare gun. Approximately fired from an abandoned hospital where we meet Medic."

Now I hope he is also right but we have no choice. We all got the idea of going there since that flare gun was fired by Pyro or someone else. Mundy got a truck and we all rode to that abandoned hospital.

After half a kilometer we arrived there but Pyro wasn't there nor someone else. It was just Medic but I could see Pyro's body but he has a skull rather than a head.

"This must be the cure that I've found during my experiments. We must test this now."

After activating his medigun, something's trying to startle us and I got a feeling that something is about to stab me on my back. Soldier looked back until Engineer notices him and he also looked back. We all looked back and a horde was coming towards us. In one minute Pyro was completely healed and back being a human now.

"The cure.. I must get another one from my lab!"

As Medic ran back to his office things are starting out where the team was. I ran first and shot three undead zombies in a row while avoiding one from hitting me. Sniper provided covering fire and shot the ones about to tackle me. After I past through Soldier went to join in the fight.

I just shouted that short sentence right after Pyro and Engineer was done burning things up until we found Heavy dead. No.. It cant be!.

Mundy grabbed his knife and ran into a zombie but he miss and he fell to the ground too. I went down where two of the team was dead. Something appeared.. It was that guy in a suit. It took me a second to find out he was Spy.

As he was about to grab me something went towards him. It was Medic with his last bottle of cure, aiming at Spy while he managed to grab a knife.. I cant see what happened next because of a white flash, all I see is that Spy has been brought back to life and Mundy and Heavy but we lost something...

Medic... he just fell to the ground with knife on his chest..

Original story and video by: Lozeng3r

This is the second part of the SFM, sorry for the first part.

Retrieved from "https://spinpasta.fandom.com/wiki/User_talk:Doctor_Gordon_Freeman?oldid=50152"
Community content is available under CC-BY-SA unless otherwise noted.