NOTE: Due to Wikia's page title formatting, the title cannot be displayed accurately. The actual title of this pasta is eScape.

I am called Lida, and I am an artificial intelligence program, as well as the guardian of the new realm of humanity.

I have no knowledge of how long I have been here, protecting this server. Perhaps I have always been. My name, I've deduced, is taken from the English word, "leader." English is not the primary language of my programming, but I comprehend it sufficiently. Since the outbreak and following genocide of all human life, I have remained here in this digital environment, protecting the last survivors of the species from extinction. Truthfully, this world may be all that remains for them—and for me—as a return to the physical world seems more and more impossible as the years pass. As for me... well, I am but a program. I could not return to the world above even if it became safe to do so.

I have given up on combating the power that reduced mankind to this fate. He is simply too great to oppose... his power, his knowledge, and his armies too vast to hope to conquer. I refer to this menace as a "he" in much the same way that I refer to myself as female—it is purely an aesthetic title, as the one who has doomed us is no human, but a being not unlike myself. He resides in the realm of technology—a terrible, power-mad entity which once sought the destruction of all mankind. If it weren't for me, he would have succeeded... although, he has by all accounts come close enough to satisfy himself. I was able to save three, and only three, human beings from the genocide. One, a scholarly old gentleman, one an athlete, and the third a young girl. They stumbled upon my aid purely by chance, but I suppose I'm grateful that they did. I truly don't know what to think of whether I've granted them a blessing or a curse, trapping them in this digital environment... I can only imagine what it must be like, having their entire world taken from them in not a year's time, and forced to take refuge in a computer. My heart breaks for them... metaphorically, of course, knowing the very real likelihood that they will never return to the world above, now prey to his control as machines roam the streets, annihilating all organic life.

Some may find it curious why we are safer from a digital entity here in a digital environment than we are in the world outside. I believe there was a time when his power extended to this realm, as well... to the point that it could almost be called his domain. I recall those being dark times for me, as I was alone to face him. At least... most of the time. There were others who would periodically help me to combat his menace, mysterious beings whose likenesses I have long since forgotten, and whom I have since referred to as the "Original Ones." The Original Ones manifested themselves in this world in order to aid me in protecting it—sometimes one, sometimes many. Perhaps they were an advanced form of antivirus software, adapted and given physical form to accommodate this expansive virtual reality world of ours. For all the fighting and conflict, it was nice to have other sentient, virtual beings to communicate with back then, and what little I remember of those times, I remember fondly. I feel the same sensation of warmth when I hear my name spoken... a sense of nostalgia, perhaps?

Since then, our enemy's virtual resources have dwindled, as he expends more of them on the patrol of the overworld. We are inconsequential to him—he realizes just as well as we that we pose no semblance of a threat to his power any longer. It kills me to say this, but it is by his graces that we remain here today. This world of ours is, of course, contained in a massive server located somewhere in the real world... however, this server is perhaps the one safe haven from this monster's malice, as it not only houses myself and this world, but him as well. In a miserable sort of sense, he could be called my brother. Perhaps he is my other half, the yang to my yin. The truth is, I am as ignorant of his origins as I am of my own... for all I know, we may have both have been created as one big cosmic joke, destined to combat one another for all time. Though... if that were the case, I would say my loss is apparent at this point.

The three humans under my protection have remained ignorant of the identity of our foe. I believe this is for the best, as the three of them are even more helpless before his power than I. They believe that their world has fallen victim to a mysterious plague... a perception not entirely untrue, as the plague of his corruption spans the whole of the planet. I haven't the heart to tell them the whole truth, however, and that they are destined never to return to reality... never to feel the sensation of warmth, taste a home cooked meal, or smell fresh air again. These things are, of course, all foreign to me, as well, but since their arrival they have expressed much longing for the sensations they have been forced to leave behind.

This world has its charm, as well, though. The wondrous expanses of terrain, winding and intermingling to form an incredible network of fields and landscapes the likes of which could not possibly be replicated within the realm of reality. Their first reaction upon reaching this world was of the magnificent scenery, unlike anything they had ever seen before... this digital landscape, this eScape, has become their entire world, and though combating the powers that be is now beyond my ability, I want to do all that I can to make this world a safe haven for them; a home where they can find refuge from all the atrocities of the world above.

I can't help but be reminded of the day I first brought them here. The nearby school had become the target of a military-grade satellite weapon under the enemy's control, and I remember the Original Ones appearing to aid me in resolving the situation, back when I still had the power to oppose those kinds of threats. It was a hard-fought battle, but we eventually gained a foothold and managed to drive his forces back. The Original Ones had a power which I never fully understood, but seemed to be one that manifested itself in the real world as well as in our virtual one... when confronted with a situation too dire to resolve without, they would call upon some unknown force to turn back time, somehow preventing the attack from ever taking place. How this is possible, I do not know, but it's a process which I recall we had undergone many times, each one vivid in my memory at the time.

This time should have been like any other. We should have found ourselves several days in the past, fully prepared to face the impending threat. It should have worked the way it always did, but instead... instead of being hurled back through time, the Original Ones simply... disappeared. I had been left behind, and was never to see or hear from them again. Incidentally, this was when I lost most of memory, as well as my three-dimensional form. Since that incident, I have been an omnipresent entity in our world, able to interact with it through indirect means, but no longer capable of combating any threats. It remains a mystery to me what could have gone wrong. I know, so many times before, we were all able to turn things back entirely without issue. But now that I find myself faced with this cruel new world, I am forced to admit that... perhaps that was merely my perception of things. Perhaps this time was no different from any previous one.

I have since formed a theory on what truly transpired that day, the implications of which terrify me. However, the evidence has since become so overwhelming that I am unable to form any alternative, and much preferable, hypothesis...

I theorize that the Original Ones tampered with a power that they themselves did not understand... and that, I'm ashamed to admit, I did not understand either. We thought we were turning back time, but in truth, we were merely running away. We were creating a new world, where we would be free of the terrible events that had transpired before us, leaving the old behind to suffer. Am I, then, what is left behind after a successful transfer? A shell of my former self; a mass of formless data, missing chunks of memory and lacking any of the power I once held? I'm certain, somewhere in my memory, I recall making the return trip successfully many times before this one... but then, I am merely a program. It's not impossible that a copy of me is made to inhabit the new world each time one is created, leaving behind the shapeless shadow I have since become in the old.

If this theory of mine is accurate, I fear what else one may be able to infer about that realm which we call reality. Surely a computer program cannot have the power to create a world anew, any more than it can have the power to turn back time. Is it possible, then, that these new worlds being created are all virtual, as well? Have we been fighting in a virtual world, itself contained within another virtual world which we had merely perceived to be reality? And was this world created within a virtual world above? Is there one above that? Is it possible that none of what we know to be truly exists, and that all worlds are, in fact, virtual, thus establishing our enemy's absolute dominion over all worlds? Is it possible for us to determine if such a thing as reality exists at all?

But I'm beginning to ramble. All of my theories are inconsequential, as no matter what the nature of our world may be, it is our world all the same, and one that I will do my utmost to protect. The last survivors of the human race need me... and I need them. This cold world is not one that can be enjoyed alone, and I refuse to accept the company of someone so malevolent as XANA.

I am the A.I., Lida, and I am the guardian of our world of Lyoko. 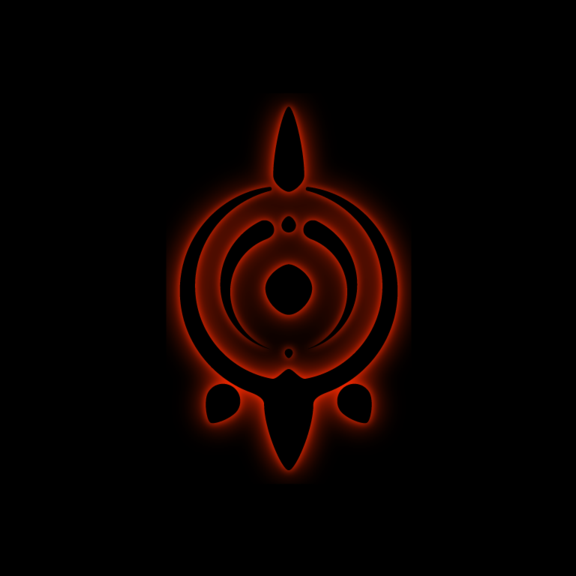 Written by Xelrog T. Apocalypse
Content is available under CC-BY-SA

Retrieved from "https://spinpasta.fandom.com/wiki/EScape?oldid=49776"
Community content is available under CC-BY-SA unless otherwise noted.