What's on your mind?

Hi, here's the pictures of my own creepypasta. 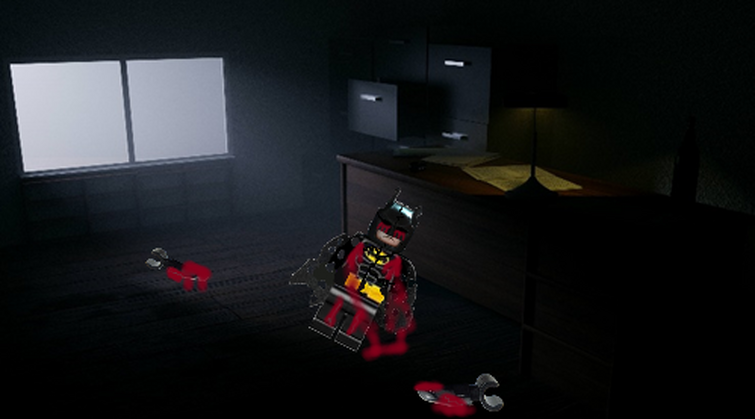 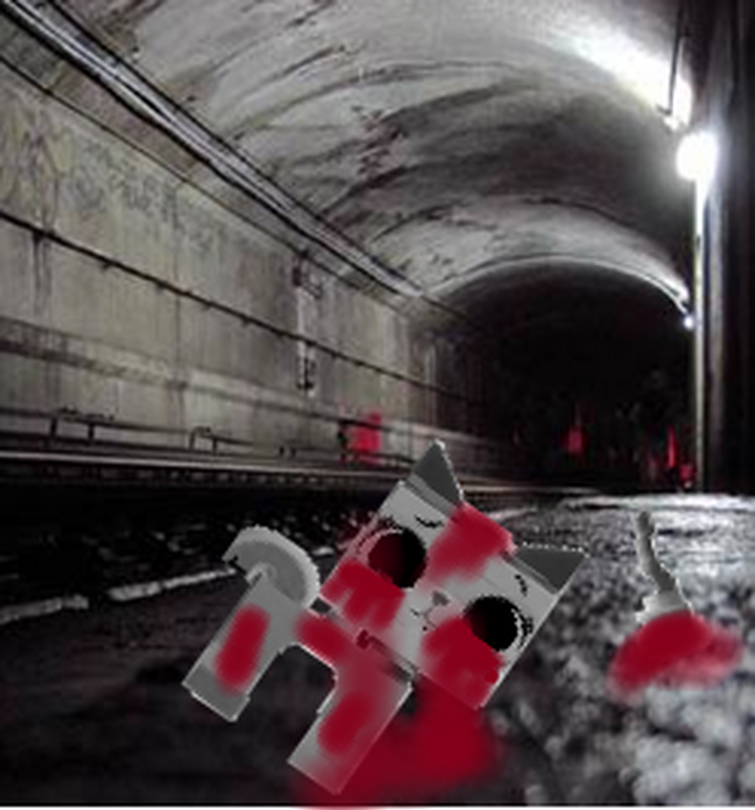 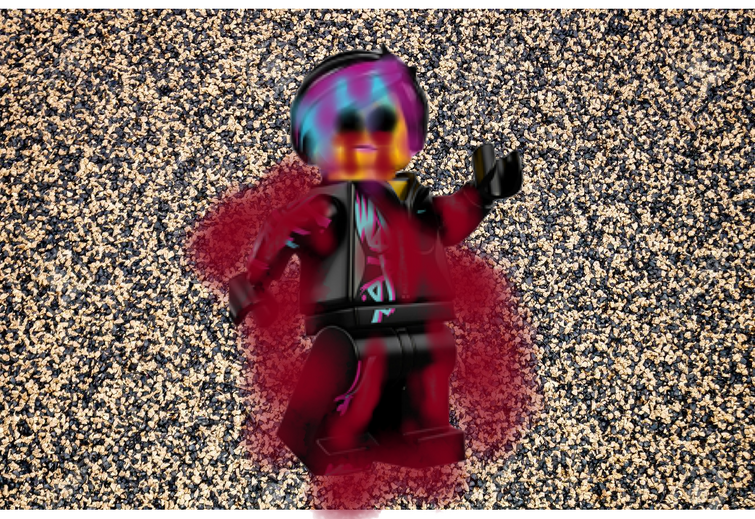 I'd like to thank everyone who commented on all of these forums. It's obvious that these are going to be destroyed soon, so I'd like to state that if you really like some aspect of Forums, contact me so I can try to put it in the Discussions.

I'm applying an appeal to get this added. Not sure if this is the correct place since the appeal page didn't really tell me where to post this.

Anyways, this is a story about sonic.exe of course but it's my personal take on it to try to make it as less "cliché" as possible.

Hi, I've just deleted "Lil Miss Rarity" and "Maddie's Little Baby" because of their sadomasochist content. I realize that horror is part of this wiki, but extreme gore and violence, especially when there is a sexual element, goes too far for Wikia.

Well, if you weren't aware, Callie (Senjumaru Shutara) has decided to take stories from this here website for her own little wikia with 5 people, just alerting you of this fact. http://fictionlibrary.wikia.com/wiki/Thread:3984

So I was looking around in Suggested Reading, and I realized something; it seems like some of the stories there aren't that well written. Now, the SR has been the same for quite a bit. So, I figure, maybe we should take a look around and see what does and doesn't need removed or added in?

What I'm getting at here is that SR should probably get worked on a bit. Some of them don't seem to be the best for that category. I'm thinking that we should take a look.

Just pointing out, a few pastas are piling up in the delete now category, they seriously need to be deleted.

Whenever I try to contribute, I always get a 404 error. Any Explanation?

Not only is it fun, but it's educational to new users aiming to write an article that is good. Why is it educational? As readers read these interviews, they will be getting inspiration and thoughts on how to write pastas like their role-models, or learn from anyone that writes good articles. They will be learning what these writers used for their technique and inspiration. I think each blog post will be created every three months or so.

If you guys can come up with anything else, or that you agree/disagree with the idea, please leave a reply below!

It can be helpful to direct users--the ones who are not going to edit but read stories on here--from pages tagged in this category because, from what it looks like, the category is used as a unsure tool if the story is qualitative or not. The story that pops up with this category can be good or bad, and it can ruin their experience or make their experience fun. As much as criticism is great to build these stories tagged for review to be more good, users who want to help can look up the category to see if there's something to edit on.

That's pretty much it for this short thread. Leave your votes below!

I'm curious who implemented it and what others think about it. I don't think it's very attractive, myself.

(edited by Xelrog T. Apocalypse)
This post is locked.

Earlier last night Xelrog and I were talking about this issue back and forth on our talk pages. As I was going to go on the chat rules to see that part of the rules so that I can have a faster route to discuss stuff with a bureaucrat for more benefits on the site and not have to leave a message on a talk page that can be unanswered for hours--since Callie/Phoenix is on most of the times on the chat--I noticed that the section wasn't there anymore.

After asking, then correcting Xelrog about this removal of the section in the chat rules and talking about it, I feel that it should be removed from the chat rules completely.

Reasons for it being (and these reasons can be found on my talk page by Xelrog) is that it's not really the chat mod(s)/modding admin(s) job to give out a chat ban on a account because a user lacks self-control to not sign off from the chat and take a break from it if he/she is stressed from it, caught up on school work, or anything that involves time. Their job is to mod the chat if anyone breaks a chat rule, not give out a ban to some user who lacks this control. And another reason for it is that it encourages bad habits in said user if that's a response to a lack of self control.

I was because I did ban myself for a year because of some chat users in the past were assaulting that I didn't really want to encounter them again for a year, and that I thought that talk pages was the faster route for issues (when messages can be ignored, or the reply is halted because the user has a life). But I do agree with what Xelrog had said on my talk page.

UPDATE: To avoid confusion, it's to determine to re-add that section on the chat rules. Not to obliterate or change them.

This isn't me going about saying that "OH. THERE ARE ONE - TWO BUREAUCRATS THAT ARE INACTIVE/DICKING AROUND ON THE CHAT/ANOTHER WIKI IN THIS COMMUNITY AND NOT DOING THE SITE WORK LIKE I WANT THEM TOO, MAYBE I SHOULD PROPOSE TO ADD-ON BUREAUCRATS ON THERE SO THAT THEY CAN ACTUALLY TAKE CARE OF THIS SITE. AND SO THAT THEY'RE NOT ALONE, I'LL ADD ROLLBACKS TOO. SINCE THIS SITE HAS EXPERIENCED INACTIVE ROLLBACKS!" No. It isn't about that. It's about what happened today.

I am here proposing that there should be an add-on, but not that tremendous of an add-on like adding bureaucrats and rollbacks to the inactivity guidelines. No. It's not that big of an add-on. I think that this can benefit the site tremendously in re-building its staff again, and that it can avoid the confusion or the sudden feel that they are ignoring policies because this wiki is understaffed.

Today, Steam Phoenix had promoted a user back to admin after I had asked him to be promoted to a rollback. While I agree what she had done is a good idea of what she did because we are a bit understaffed by all rights on my opinion, it can cause some issues where the inactivity guidelines. It says on the admin/RCaDC part of the inactivity guidelines "Rights may be requested back within one month of return with some activity." SG hasn't really asked for his admin right back after he was demoted (or probably felt like he couldn't ask them again after an issue which it has been resolved) and it has been over a month when he was demoted, it breaks a little piece of the policy, and can possibly be bad if broken again.

What's the purpose of this proposal? I am here proposing that the sentence "Rights may be requested back within *insert time period* of return with some activity." to be changed to "Rights may be returned by bureaucrat's discretion, or by request with some activity shown." This means that it is up the bureaucrat's discretion to allow users, who were demoted because of their inactivity, to regain their right by doing a lot of work on the site, or have it be requested for their right (but still showing some activity on the site). I think it'll help because it'll be much more easier to do that rather than going through that proposal stuff for the users to regain a right again, and that this site can regain some of the staff that it had lost by showing a lot of activity.

And the maximum date for the time period before they have to do the right process again is the following:

But the bureaucrats can decide on the time that seems necessary to decline any promotions when they have built up their activity/requests.

Yeah. I guess that this is an informative thread to have you guys know that MLP articles are not blacklisted on this site. Originally discussed here, they're not blacklisted anymore. But the only articles that are still blacklisted are Sonic.exe pastas, SCP pastas, and Jeff-inspired articles.

Have a good day everyone.

What I mean by this is that a permanent blacklist of humor articles. Meaning that the category, the rules, and the Humor Appeal gets deleted from the site. No one cannot appeal their stories in the blacklist appeal. And other stories other than The Crap in the Sack and "Gaga" are not to allowed to be on the site. If they are uploaded on here, they will be classified as spam, and the user who posted a humor article will be rewarded with a three day block for uploading the article on the site (since that is the rule for uploading a spam article/Trollpasta on the site).

The reason why they should be blacklisted completely is because they make the site lack in its quality. Sure most of them have good spelling and grammar, but that doesn't make up for their quality. Most of the stories, other than the one's I mentioned, are not par to the Quality Standards. And these were stories that were allowed by the administration here during the first year of the site's creation. That's the reason why I decided to make this proposal here. There is also the Trollpasta wiki where users can post their articles there.

Sure, the humor appeal isn't used and no one has posted a humor article since... god knows long. But why have these articles when their quality is low, and have rules/an appeal for a trollpasta that has good grammar?

A vote is being held to determine whether or not Freepasta Wiki will be added to the Creepypasta Wiki Network as an official member. Please offer your opinions and cast your votes here.